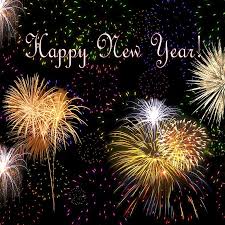 Every year on New Year’s, John and I have a tradition of sitting down to review our personal and professional accomplishments from the previous year, and set our intentions for the year to come. We include our financial goals, as well as, our ideas for exploring Santa Cruz and having fun. I love this process and the opportunity to start anew. Typically, New Year’s is my favorite holiday.

This year was different. I woke up yesterday feeling tired and depressed. When we sat down to review our accomplishments, I had difficulty remembering what I did “right”. Instead, all I could think about was the financial mess I had created by investing in my business and going into debt. How was I going to pay rent? Buy groceries? I felt angry with myself for not meeting my goals and intentions from the previous year around growing my business. After all, I had attended seven business training conferences and now had all of the tools. But, nothing had changed. I was in the same place as I was last year…stuck and frustrated.

Instead of creating specific or lofty intentions like having my next book published by the end of the year. (This was my goal last year and I didn’t even get close), I have decided to focus on a theme. This year my theme is Creative Expression. More than anything, my Soul wants to create and express itself. It wants to write and share more, to paint and to dance.

A couple of weeks ago, I honored my Writer and wrote a story that was very challenging for me personally, as it brought up painful memories from my past. I cried everyday I wrote. That same week, I received four unexpected requests for healing sessions and was able to pay my bills without any problem. I began to wonder about the connection between expressing myself creatively and the flow of my income.

When we express ourselves creatively, our vital energy flows, we are in the moment, and our hearts are open. For me, creating something new also brings me joy. I know it is part of my purpose for being here. When I don’t write or create for days or weeks on end, I begin to feel irritable. I’m not as happy.

On New Year’s Eve, John and I experienced being surrounded by people fully expressing themselves. We attended the People’s Parade in downtown Santa Cruz. In the past, it was an organized parade, endorsed by the city. This year, the parade, no longer “official”, was organized by The People without the city’s approval.

It was cold, so I bundled up in warm clothes, a hat, scarf and mittens. As we neared the parade, we noticed people dressed up in costumes. A little girl with her face painted, wore a ballerina outfit. She danced alongside her mom who wore gold sequins. There was a man on stilts, a vintage Volkswagen car, and a tall bicycle carriage contraption with two couples sitting in it. A huge dove made of white sheets being held up by two people with large sticks floated above. Men dressed in kilts, with drums and bagpipes, played alongside other musicians including West African drummers, and a man playing the didgeridoo.

At one point, the parade came to a standstill as the musicians gathered in a circle to jam together. The music pierced my heart as tears flowed down my face. I was deeply touched by this display of creative expression and community. Feeling alive and in the moment, joy filled my heart.